As a boy, to the standard question “what would you like to do when you grow up?”, I couldn’t give a definite answer, but my great passion has always been to conceive, develop and materially realize what I’ve been thinking about. Just like an inventor”.

Then time, passion and some episodes did the rest, leading the 29-year-old Marco Zani to found in 2016, while studying automation engineering, Mark One: an innovative startup that designs and manufactures 3D printers for the industrial sector. During his first internship, he talked to his colleagues about the grippers of a robot that he himself had designed. “To my question about times and costs, the answer I got was more than a month and 400 euros”, he recalls. “For me it was shocking since it only took a day and a handful of euros to produce these grippers”. Aiming to optimize the production processes of companies by implementing additive manufacturing, Zani thus began to concretely conceive his first ideas in the world of 3D printing, which he then materialized as patents eight years later.

The opportunity to make himself known arose during Expo 2015, when he exhibited his first 3D printer. The real strength of this disruptive technology is the ability to adapt and be flexible to the customer’s needs: that is, developing customized machines by taking care of the entire manufacturing process. Who is it for? Mark One’s interlocutors are mainly companies’ research and development departments. To date, Mark One is running important collaborations, the last of which, announced this year, with the five-time world champion Kawasaki Superbike, “which chose us to change and improve the traditional process of research and development, as well as the supply chain, supported by Kawasaki Japan”. But the collaborations involve different business sectors: with the Rizzoli Orthopedic Institute, Mark One created the first 3D printed ankle transplant in the world; with the multinational electrical engineering company Abb Italy, it developed industrial solutions; with the Polytechnic University of Milan it created the first 3D printed rocket that reached 540 km/h; together with the Italian Space Agency, it helped out companies in the introduction of the 3D technology. Among its latest projects, there is also the first 3D printer in the world dedicated to podiatrists, with the aim of revolutionizing and digitizing the production of insoles. However, perhaps, the most ambitious project Marco Zani wants to stress is related to the “development of the new printer that I have been imagining for many years, in order to create more performing mechanical components”.

During the last year, Mark One was also cited as one among the top 100 Italian startups: an achievement that allowed Marco Zani to spend three months in Chicago. The company also won as Best Smart Factory Startup in Southern Europe in the smart manufacturing section. In this way, he began to establish a relationship with the United States that he wants to reinforce in order to consolidate this reality as a global brand. “In the early years, it was really difficult to get ahead into the Italian industrial world. But from the experience abroad, this difficulty turned into an advantage”.

In short, Marco Zani does not lack in determination: “One of the things I like most about being an entrepreneur is that there is always something to learn every day”. Precisely, that quality that is needed to face a complicated period like the on we are experiencing: “These will be particular years. On one hand Covid-19 showed the criticalities of the traditional system; on the other hand it highlighted the possible advantages for those who will be able to really exploit this technology. I think 3D printing will change the world and I am working hard every day to make this happen”. 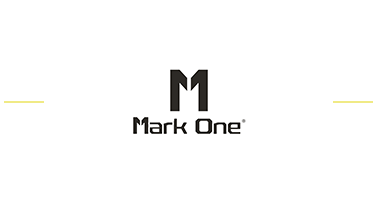 Partnership between Mark One and Kawasaki Racing Team
Scroll to top